Methodology: The randomized clinical trial study was conducted at Jinnah post graduate Medical centre, from Jan 2017-Dec 2019. A randomized was performed in to two groups by using lottery methods; group A and B. Patients were selected through non probability consecutive Technique. Patients in Group A underwent elective C section at 37 weeks of gestation and   in Group B underwent C section at 40 weeks of   gestations. Baby was examined and advised for admission to NICU when it was necessary. The outcome variables meconium stained liquor and admission to NICU were noted along with age, parity, educational status and family monthly income.

Conclusion: Elective Cesarean section performed earlier than 38 weeks of gestation should be avoided to minimize neonatal risks and complications. This approach will also reduce the medical expenses associated with NICU admissions and avoid separating mothers from their newborns. 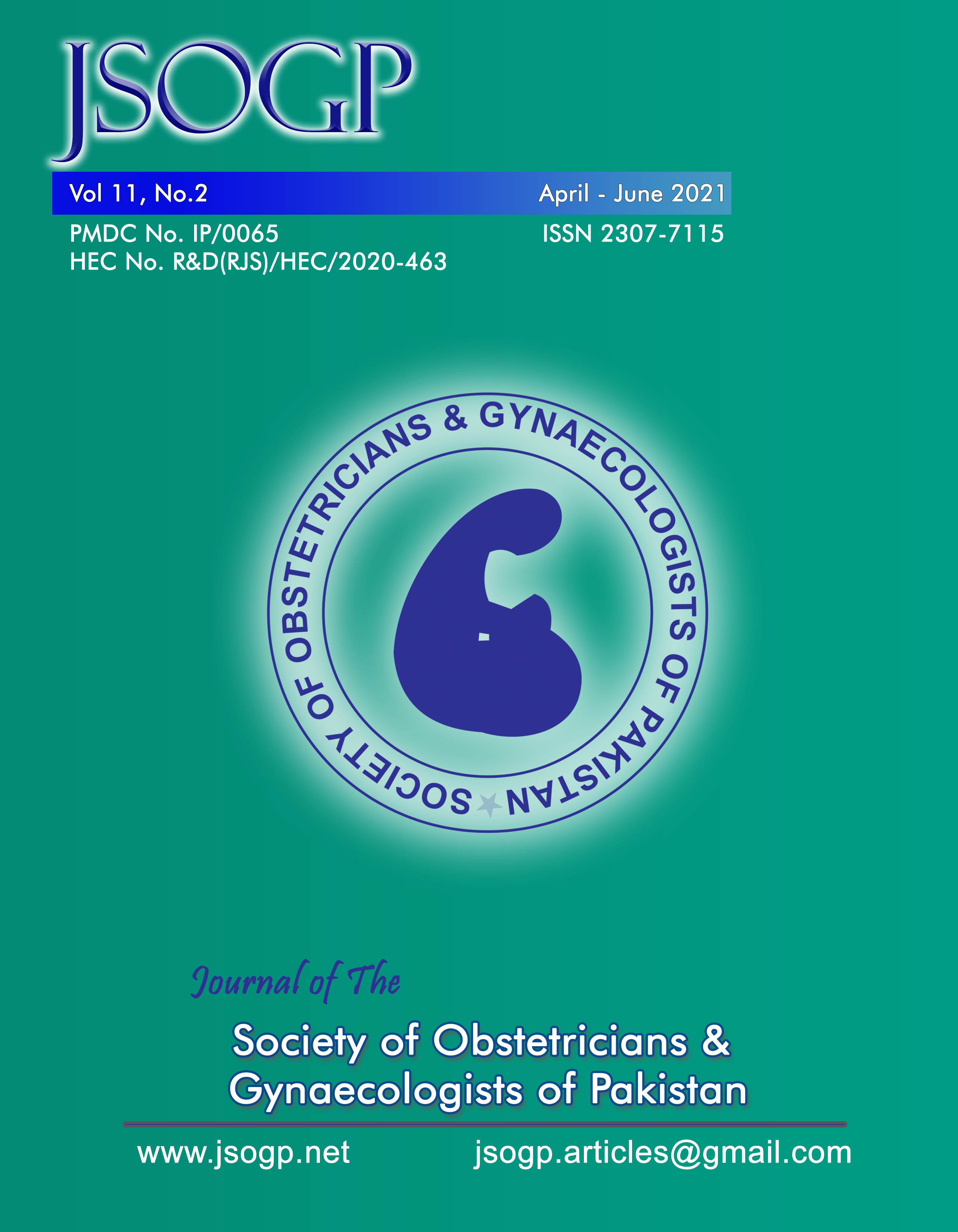 This work is licensed under a Creative Commons Attribution-NonCommercial 4.0 International License.

Information
Journal of the Society of Obstetricians and Gynaecologists of Pakistan